What can we learn about a person from their handwriting? 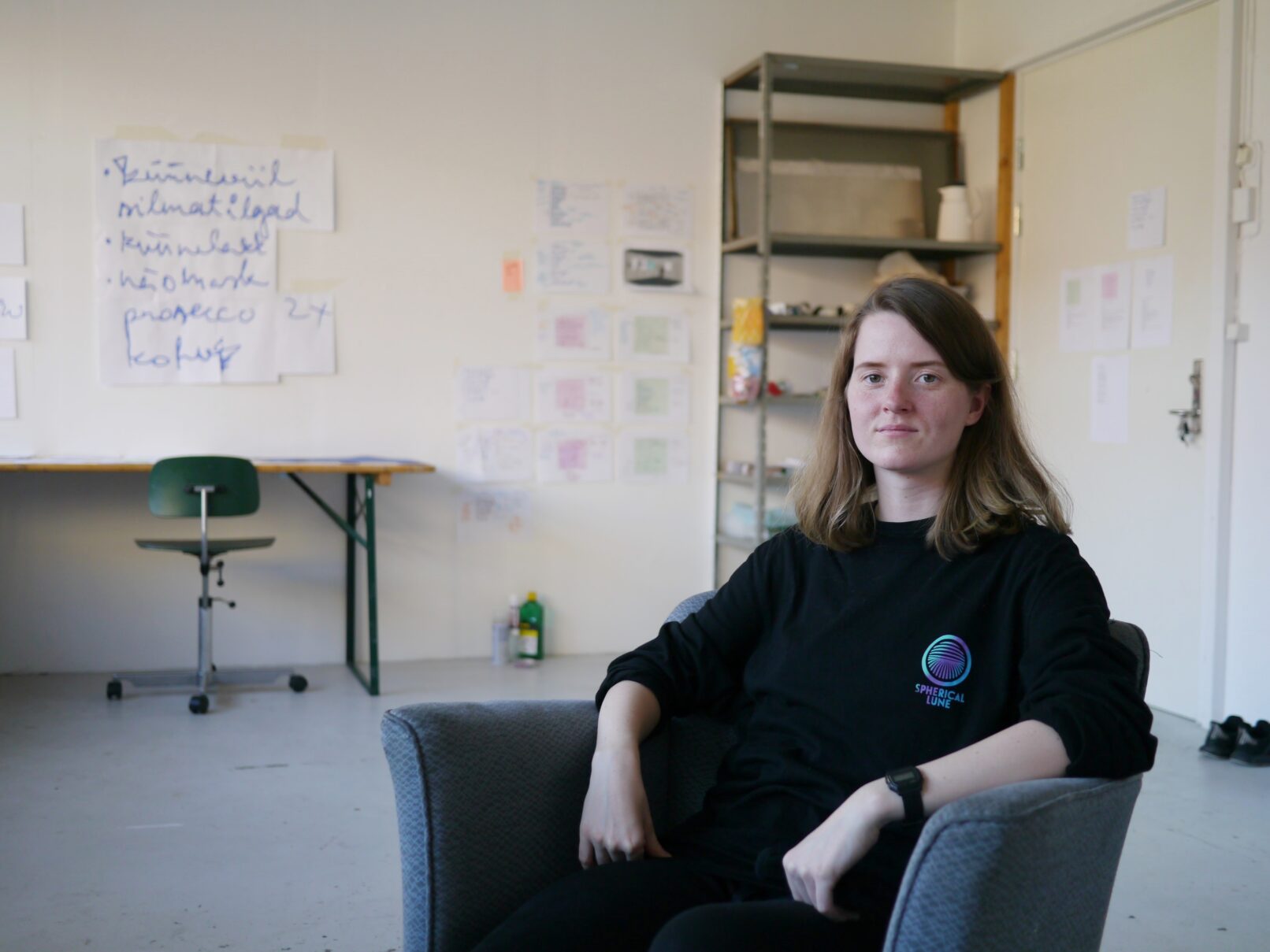 FAIR-resident Kaisa Maasik is a collector of material traits of human reflections, emotions, and memories. Her work is idea-driven, her installations visually surprising and concerned with the intimate space between viewer and artwork in the exhibition space. FABRIKKENs intern met Kaisa Maasik earlier this month for at chat about her practice, the residency, and her thoughts on the dual role as artist and curator.

I meet Kaisa Maasik in her studio, which is bright and neat with a few prints of ongoing projects taped onto the walls. On the table is a big bowl of Estonian candy, and Kaisa encourages me to try some.

“I’m interested in people”, she tells me. “I think most of my works are about people, their memories, and things they lived through, but usually in a way where I don’t really show the person themself.” Though Kaisa mainly works with installation now, she tells me that her bachelor’s degree in photography probably sparked her interest in the themes and concepts her work originates from today.  Studying photography, people were also her most common motive, and this interest in portraying humans, their feelings, desires, and experiences have lasted even though she rarely shows their faces in her work today. “I think I’ve always been fascinated by how a single wish or something that a person owns can become a portrait”, she says.

Kaisa tells me about a project of hers, that she has worked on for quite some time now. During the last five years, she has collected shopping lists that people have dropped on the streets or in the supermarket aisles. She describes them as “temporary portraits of people” and explains that she sees them as an opportunity to think about what a person could be like, based on their handwriting, the items on the lists or the way something is crossed out or specified with prices.

Collecting and reassebling stories
The concern with people and the contemplation on the ideas behind their actions is crucial to Kaisa’s work. I get the feeling that it infiltrates her everyday life as well, when she tells me about her own experiences of going to the supermarket: “I used to like watching what people had left near the cashiers, what they had at the very last moment put away… this negotiation between should I or should I not. This moment of hesitation”. Just like these observations, her work can be read as sociological reflections about people, through knowledge collected by walking around the city, picking up objects or parts of conversations.

This act of picking up parts and assembling them in a new way, is what Kaisa specializes in both as an artist and an exhibition curator. Kaisa first took on the role of curator when she was a part of an artist group, but back then she didn’t see it as curating per se. “Somehow I was always in charge of a lot of things. Even if everybody has their own works, someone has to be the project manager in a sense. So, I think when I started, I wasn’t as much a curator rather than a project manager, and then it slowly started growing into this curatorial practice, where I dive into the work with an idea of the exhibition.” Bringing the artistic ideas into the field of curating comes natural to her, but Kaisa has experienced that others often have a need to define the line between the two. Following through with her own ideas when curating, without overstepping the boundaries of the artists in the exhibition can be challenging, but she sees this dilemma as very similar to her reflections as an artist. “The way I think is basically the same. How a person walks through the room and sees the work, but also this action of choosing different stories and how to present them.”

The FAIR recidency and mentoring program
Though Kaisa still works on the shopping lists, her initial research project for the residency moves away from the practice of collecting. Instead, she investigates materials and how they react to outside influences like shifts in temperature. “After working with these materials, I’ve felt that maybe it’s not that much about gaining the knowledge of developing the craft as much as the idea, so this week I will start experimenting with already existing forms, fill them with water and see how they change.”

“What I really liked was the chance to meet people here and build a small network. It has of course been difficult in Corona times, but even as it is, I have gotten the chance to get to know local artists and hopefully curators as well.” When I ask her what possibilities, she saw in the FAIR program, her answer is clear: “When people ask me why I applied for the residency, my answer is: why wouldn’t I apply! Because it is so rare to have a residency that supports an artist or a curator as much as you do here: I get a studio, funds to live here and to produce, and just my own space.” Not being able to see exhibitions during lockdown is unfortunate, but the possibility to peek into the studios of the other artists working at FABRIKKEN has given her the chance to see and discuss the art that is produced in the building every day.

As a part of the FAIR program, the residents are paired with mentors, who are artists or curators working in Copenhagen. Kaisa was matched with Benedikte Bjerre, who works with sculptural installations mimicking everyday life and different sociological phenomena. The connection between the two artists was obvious on paper but turned out to be a success in person too. “The mentoring program and just having a mentor has been great”, she says. “My mentor Benedikte is amazing – she is very good at making me think towards the right solutions, which has been super helpful. We have had three meetings so far; two of them have been on Zoom and then I visited her studio one time, and it was good to meet in person too. It was a great match!”

Kaisa tells me that the ability to see her work in a new environment and to discuss it with new people has been a big takeaway from the residency. The dilemma of being both an artist and a curator has also come up in her conversations with fellow artists during her stay here; “Being here at FAIR, it has been very nice to just talk to people and discuss it. The best advice I got was not to think about it, and just do things that I enjoy doing, instead of trying to put a label on it”.

Here at FABRIKKEN we look forward to following Kaisa’s work in the future, under whatever label it might be.

Get a glimpse of Kaisa’s studio at FABRIKKEN, and hear her speak about her work in the video below.

FAIR20-21 is kindly supported by the Nordic Culture Point, the Danish Arts Foundation, and the Obel Family Foundation